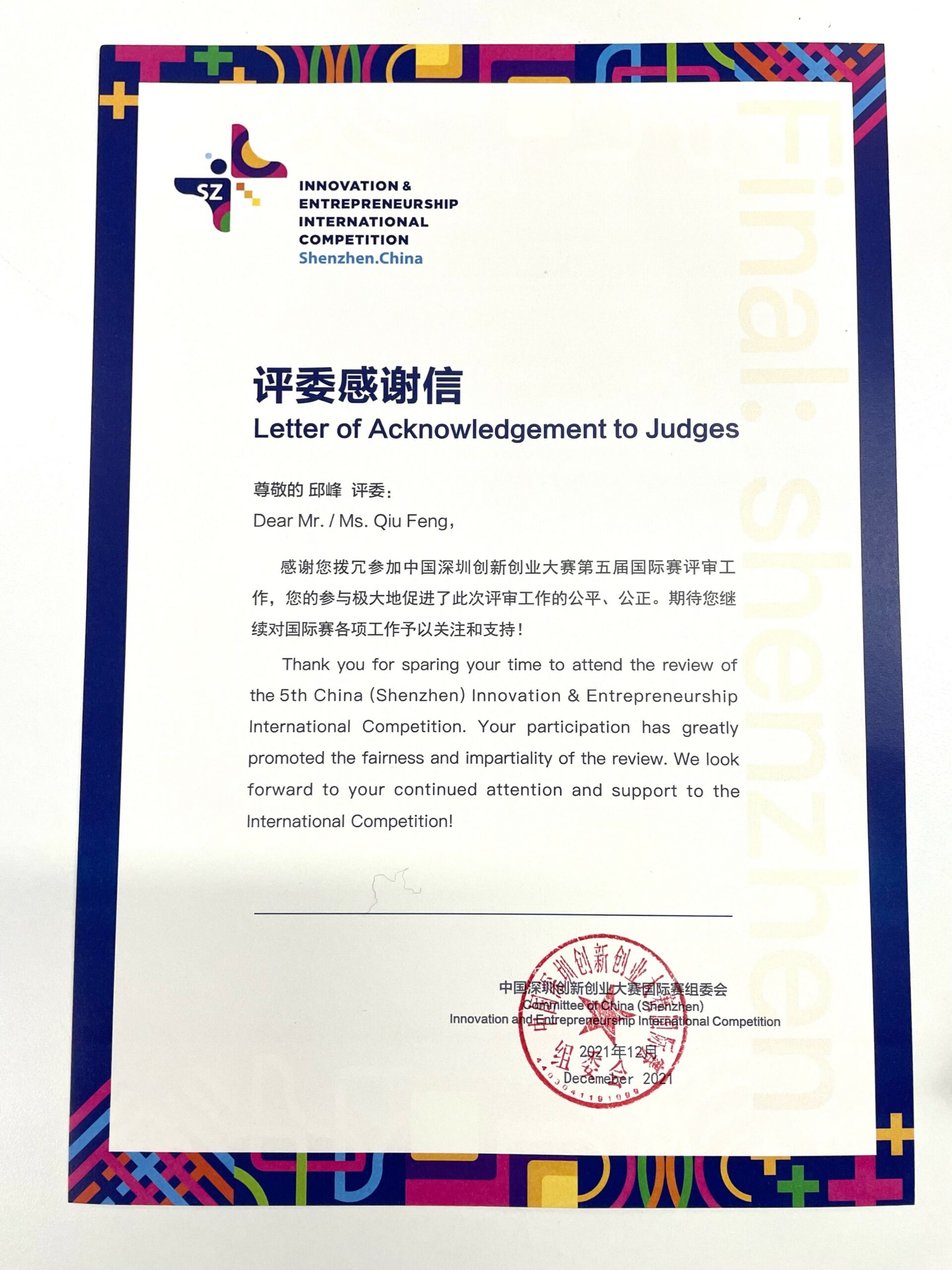 Thanks to the China Shenzhen Innovation and Entrepreneurship Competition International Competition, even under the influence of the new global epidemic situation, it has successfully set up 9 overseas sub-stations in Spain, the United Kingdom, the United States and other countries. By making full use of advanced technologies such as the Internet, it has broken through time and geographical restrictions and adopted various methods such as “online + offline”, “Shenzhen main venue + foreign branch venues”. The competition gives full play to the synergy effect of the four chains of industry chain, talent chain, education chain and innovation chain, actively promotes the integration of the “four chains”, and connects the industrial layout of Shenzhen. Strengthen strategic emerging industries, future industries and innovation fields.

In this competition, Mr. Qiu Feng is honored to be invited to be an expert judge! Thanks to the Organizing Committee for the guidance, support and affirmation of Jingrui Innovation Center. We will take this as a driving force to continue to give full play to the advantages of Gensol’s international exchange platform, and actively promote the coordinated development of industry and technology in China and Europe.